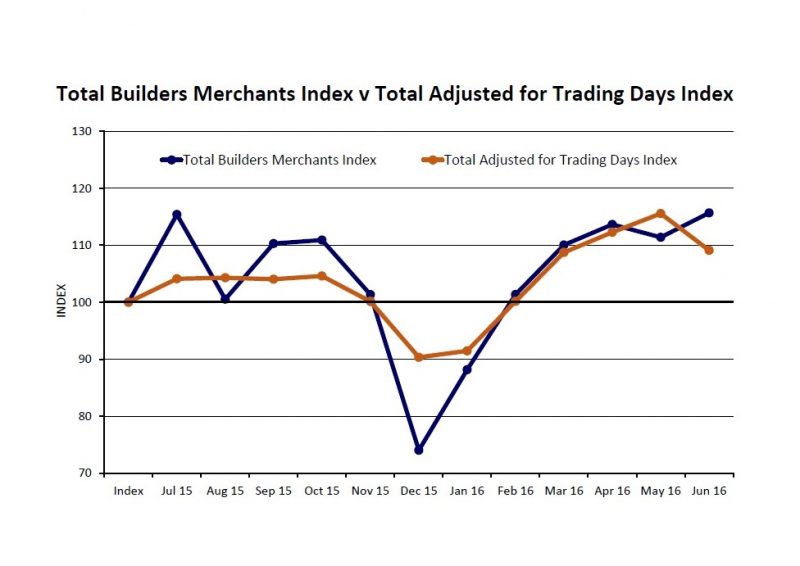 The Q2 report covers the three months leading up to the Brexit decision, but despite press reports of pre-referendum jitters, builders’ merchants’ turnover was robust right through to the end of June. Total merchant sales were up 6.2% in Q2 on the same period last year with total ex-Vat sales of £1.44bn compared to £1.36bn in 2015. Sales this quarter were however assisted by two additional trading days.

The actual Builders Merchant Building Index for Q2 2016 – calculated for the first time using a robust 12 month base point – was 113.6, the highest in the past four quarters.

Most economists and forecasters expected a slow-down in construction in the run-up to the EU referendum as uncertainty began to affect decision making. But sales data from the Builders Merchants Building Index is telling a different and more positive story.

The BMBI report features insight from GfK on the economy, housing and consumer markets, including a dramatic post-Brexit chart showing an 11 point drop in consumer confidence in July.

We’ll have to wait for the BMBI July report due to be released 20 September to see the first indications of building activity post Brexit.